Southern Sweden from a gyrocopter 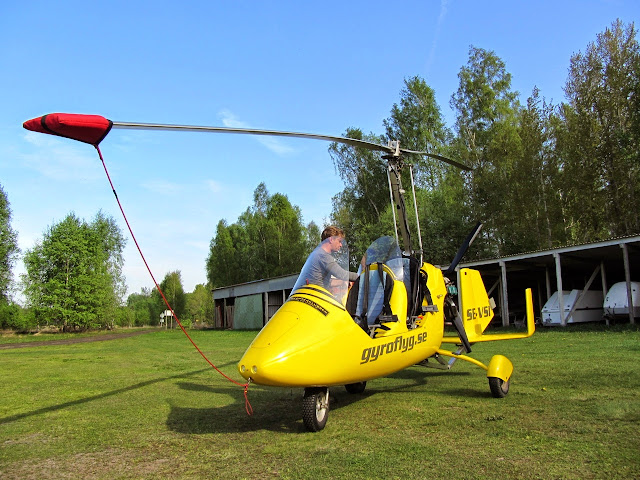 Dear readers, it is summer! So, let's not talk about work-related issues in this post. Let me instead show you the region that I live in; the very southern part of Sweden, a region called Skåne . As some of you know I fly gyrocopters in my spare-time. The specific gyrocopter that I fly is a german construction, an open-cockpit gyro called MTO Sport . We fly it on an ultralight pilot licence, in Sweden meaning that our maximum takeoff weight is 450 kg. The autogyro principle is really smart: basically a rotating wing which autorotates against the airflow as the machine moves forward. To move it forward we use a conventional propeller (in our case located behind the pilots). The gyrocopter has several advantages and some challenges. The main advantage is that the machine does not stall! Without forward speed it will just start to descend. The rotating wing continues to rotate and the machine will start to descend (well, actually we can hover, but that requires a headwind of some
Skicka en kommentar
Läs mer
Fler inlägg